This Friday I finished reading A Tale of Two Cities.

Yes. Yes, it’s the Dickens one. God knows that I’m lagging behind on the majority of the classics, despite the repetitive reminders to read them. This year, I decided to read as many classics as I could get my hands on.

Now, the reason behind this particular post is very simple. I simply can’t seem to be able to think of a very many things without making connections to Two Cities. Again, I know that I’m talking and writing more and more like Dickens these days, like what happens with most of the books I read.

Yesterday I met the Principal of our school, and he asked me what I was reading since he saw my Goodreads update on Facebook. (I did NOT know he saw that.) I told him about Two Cities, and of course, a conversation about characters and the story in general, ensued, in the middle of the lobby. We agreed on a number of things:

Of course, there were a lot of things going on, and we couldn’t possibly have held a book club discussion on it at the time. However, I thought I’d take this chance to put out my thoughts on the book.

When the blurb says, “…suspense gathers from the very first scene…” I thought it would be something very mysterious, like…, honestly I don’t know what I was expecting, because I don’t really read much mystery. But I must say that everything I thought was completely unconnected even till the second hearing in France and Dr. Manette’s letter just made sense. Although, we don’t really get that much of foreshadowing or hints about any connections till that. Except perhaps about Ernest Defarge’s obvious respect for Dr. Manette. The uncanny resemblance between Darnay and Carton was cunningly used. He probably put in that first court scene for this specific reason.

The second chapter was creepy.

“You had abandoned all hope of being dug out?”

“I hope you care to be recalled.”

Well, who am I kidding. Dickens was a pro.

I personally liked Madame Defarge until the taking of the Bastille. At that point, everything that was going on on the French side of the story just felt wrong. And I mean wrong in a right way, the way it makes you feel that that climax is near. That was when Therese Defarge began to feel shady. Even shadier than Jacques Three. And knitted registers. Really? If they don’t have food where do they get yarn?

I don’t expect Dickens to give me an extensive study of the economy where they might still have sheep and feed them well in order to spin yarn for their knitted registers for all I know, with their kids going hungry. But that was pretty much the only unbelievable part.

And Stryver was just there to provide some character depth for Carton. I really don’t see any other reason behind him.

Lets end this in a happy note. Despite the love story not very much seeming like a love story, and seeing the ending coming from almost five chapters beforehand, finishing it still left by brain in the quiet it is in when I finish a good book. It didn’t leave me reeling, it didn’t make me cry, but it was refreshing. And at the end of the day I got about a thousand words written, so its a win.

On a sidenote, at the end of the conversation my arms were laden with a bunch of classics. Oh, how I love it when someone notices my love for reading and nourishes it. 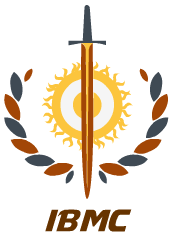